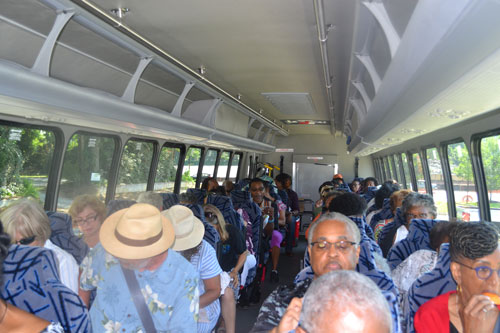 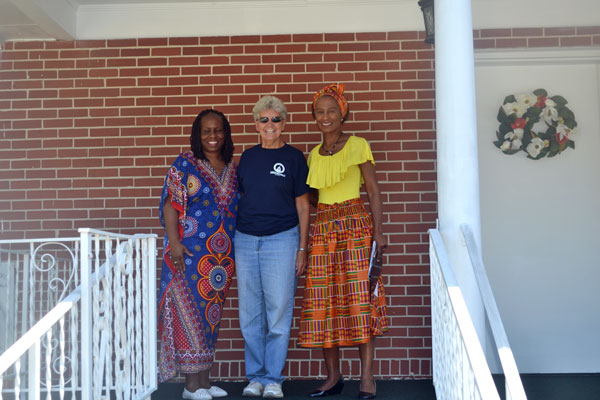 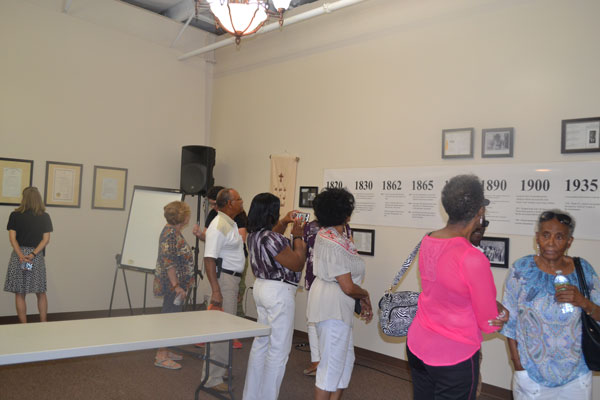 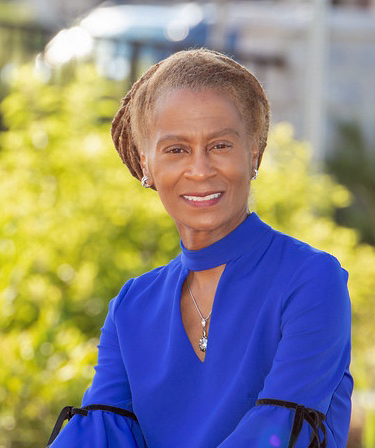 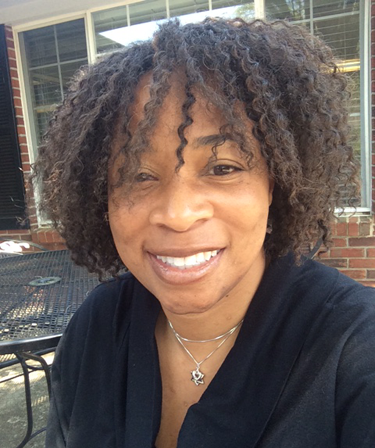 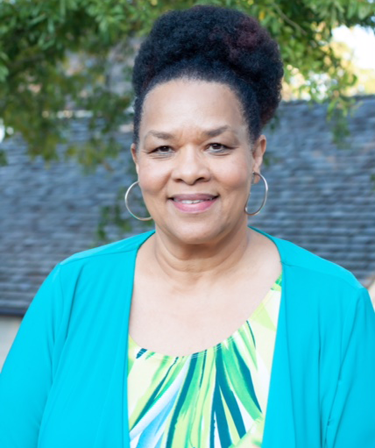 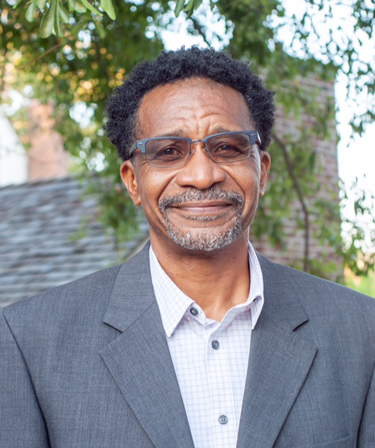 Why the United Ebony Society

In 1984, a group of residents concerned about the greatly publicized fact that

“Gwinnett County was one of the fastest growing counties in the nation,” set out to ensure that as an informed people we would be included in the full progress of the county, and that this growth would make a positive impact on our community.

In cooperation with the community, educational, religious leaders, industry leaders, and elected political officials, the United Ebony Society of Gwinnett County, Inc., provides an educational scholarship and current information on topics that effect and influence our lives through the following means: 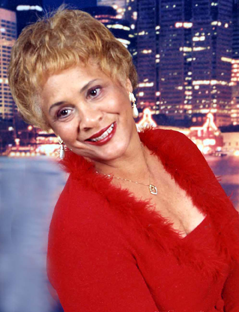 As President, Robbie was instrumental in getting all cities in Gwinnett County to recognize the National Dr. Martin Luther King Jr. holiday. To bring the community together in celebration of Dr. King’s life. In 1999, Robbie established and organized an annual march and program, which still takes place today in Lawrenceville. It is now a parade and celebration. The parade includes government officials, community activists and volunteers, together with representatives and students from Gwinnett Public School System. Robbie was also the driving force behind The United Ebony Society hosting an annual Black History Display starting in the early 1990’s in the Gwinnett County Justice and Administration Center during Black History Month each February.

Robbie’s history of community involvement began in 1964, when she joined the University of Georgia Extension Service as a teacher’s aide. She organized the Concerned Citizens Group to talk about issues in the community such as voter registration and education. She was a member of the League of Women Voters of Gwinnett County and worked for many years as a deputy voter registrar. Robbie was one of the first black poll managers in Gwinnett County. In 1986, she became the president of the Lawrenceville Middle School PTA. She served as a Boy Scout troop leader and organized the Miss Black Gwinnett pageant for young black girls between the ages of 3 to 18 years old.

Robbie served on the boards of several organizations, including the United Way, the Gwinnett County Board of Education Human Relations Council, the Lawrenceville Housing Authority, the Advisory Board of Gwinnett County Schools, the Executive Board of the Gwinnett chapter of the NAACP, and the Poplar Hill Church Scholarship Program.

Robbie was the recipient of numerous awards in recognition of her service.

To honor the memory of Robbie Susan Moore, Gwinnett County opened in August 2011 Moore Middle School. The school is located in Lawrenceville where so much of Robbie’s community activism took place. The school is on the land Eron Moore grew up on.

The United Ebony Society salutes the pioneering spirit of Robbie Susan Moore and is dedicated to continuing in her footsteps serving the residents of Gwinnett County. 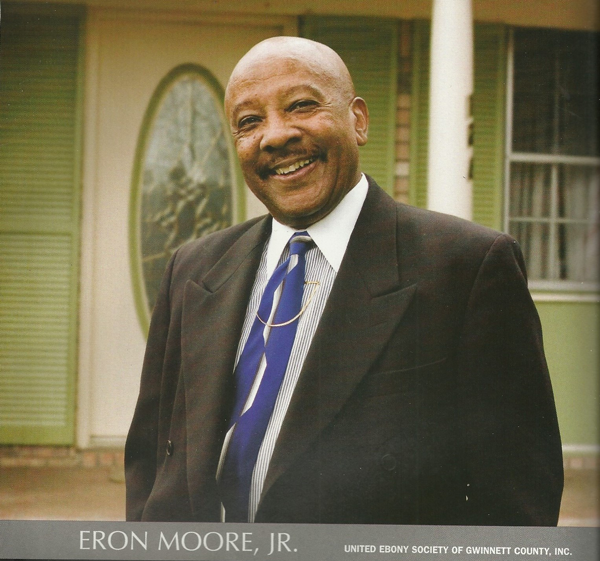 A native of Gwinnett County, Eron Moore, Jr. was born in Dacula, GA on August 29, 1937 to the late Mrs. Leila Bell Hall Moore and Mr. Eron Moore, Sr. as the eldest of eight children.

After graduating from Hooper-Renwick High School in Lawrenceville, GA, Eron went to work for Baggett Oil Company and later after that General Motors Corporation, where he worked for 30 years until retiring.  He worked for the Gwinnett County Public School System.  Eron married his wife, Robbie Susan Teasley on Christmas of 1962, and they remained happily married until her death in July 2008.

In 1984, he became a founding member of the Gwinnett County Girls Club, which was merged with the Boys Club of America in 1990 to become the Boys and Girls Club of America, where he has served as Secretary and on various committees until his passing.

He was recognized and awarded for loyal service and accomplishment by a number of organizations including the Assembly of Baha’is of North Gwinnett, the NAACP, and the Boys & Girls Club of America.  In 2007, he was named as one of Gwinnett Magazine’s “People to Know”.  A Georgia Resolution was presented posthumously to honor the life and legacy of Eron Moore, Jr. by State Senator P.K. Martin on April 29, 2017.